list. It reminded me of when my daughters lived at home and would get ready for a night out.

Newcastle has a reputation as a party city and the town centre is full of bars and clubs. Every age, social group and sexual preference is catered for. Although the bars are free to enter the drinks are expensive and so “prinking” was created. Basically, it means getting drunk before you go out working on the premise that it will save you money. Sadly, it usually doesn’t work as the alcohol you drink before you go out decrees your inhibition to not order more alcohol when you do go out.

Last night I heard a new addition to the lexicon of drinking words, we had decided to go out to the local cafe for a quick drink before dinner and my daughter said  “Are we going for an amuse booze?”

My daughter and assorted friends

Have gathered before the Friday night out

Hard earned money in their purses

The fridge is stocked with Prosecco

Soon the bathroom is overrun

They parade before the mirror

Pimping their outfits until they sparkle

Music blasts around the house

The walls shake and they shriek

They are drunk on the joy of life

(as well as the Prosecco)

But they cement bonds

They will draw on for years to come

Attachments that will straddle continents

There is power in friendships

Permanency in the cords that tie them

Outside a taxi sounds its horn

After they leave I survey the wreckage

Clothes that did not make the grade

The bathroom is a bombed out ruin

*Prinking, short for “pre-drinking” Friends sharing wine etc before a night out.

Dedicated Follower of Fashion. Ray Davies and the Kinks

Ray Davies is one of the twentieth century’s finest songwriters. His lyrics often appear

simple but after a few listens you begin to see the layers beneath.

In Newcastle in the sixties I was one of those dedicated followers of fashion who strutted his stuff around the clubs and dance halls of my home town. As I approach seventy these things do not seem as important as they once did but there is still a part of me that would spend too much money and too much time in a clothes shop.

An Autobiography in a Pair of Pants

Cycling through the back lanes from school to avoid the bullies

Scabby knees sticking out from under grubby grey schoolboy shorts

The Marrakesh express in the seventies under an African sun

The Sahara saw the first unveiling of summer shorts

Pretending to be a businessman and failing miserably

Performing poetry in a smoke filled pub on a Sunday night

Paper underwear and a cotton smock tied at the back

Waiting In a French hospital  watching a heart monitor all night

Needing something that accommodates an ever expanding waistline

Buying two pairs of aspirational trousers at Marks and Spencer

Joni Mitchell album “Blue” is one of my favourites and this track is fantastic. It tells a story and is also full of mystery. Who was “Carey” and where was the Mermaid Cafe? Every time I listen it sends me there and I am drinking wine with them, living in the moment and ignoring the things a pull us away from what we want to do, to what we have to do. 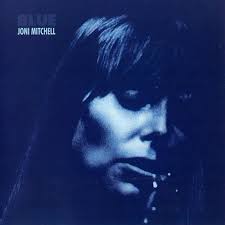 My poem this week was promoted by this track and that after a recent storm our car was covered in a fine layer of sand. The local weather forecast told us that the jet stream has moved south and is pulling sand up from the Sahara and rain is depositing it all over Europe.

My wife Lynda is obsessed with weather forecasts and not only researches our own local weather but the forecast for her daughters and friends.

The jet stream hoovers up swathes of the Sahara desert

Sand from a foreign land, whipped by the wind

Lands on a car windscreen in the South West of France

The air is heavy and sleep eludes her

In the morning she checks the internet weather forecast

Searching for a favourable outcome from different weather sites

Then her children’s home cities are examined

She feels the chill winds and rain of Limerick

The damp of Dublin that keeps her grandchildren indoors

When September comes she will skulk back north

Once again swathed in layers to keep out the cold

Hibernating through the dark months until the sun calls again

Slipping south shedding her skins as she goes

“Sailing to Philadelphia” by Marc Knopfler

I love narrative songs like this, not only do they tell a story but they intrigue you and

make you want to find out more. The title track is drawn from Mason & Dixon by Thomas Pynchon, a novel about Charles Mason and Jeremiah Dixon, the two English surveyors who established the border separating Pennsylvania and Delaware from Maryland and Virginia in the 1760s. This border later became known as the Mason-Dixon Line and has been used since the 1820s to denote the border between the Southern Unites States and the Northern United States.

Jeremiah Dixon, like me, was from the North East of England and the track always make me feel homesick. Since Dixon’s day thousands of Geordies (A term for people from around Newcastle) have left the city to find work and opportunities else where.

One constant in my home town is the river Tyne. It has defined the city, marked its borders and for thousands of years been the main artery of trade and commerce for the people of the North of England. In this new millennium it is having to find a new role as the trade in steel and coal has gone and modern transport systems mean the river is reduced to the role of casual spectator when once it was the beating heart of the city.

At Warden Rocks you can witness the marriage of two rivers

Sweeping aside all and battering everything into submission

On it marches through ancient woodland and redundant mining towns

Until at last, it reaches the city and pushes open its welcoming gates

Past galleries of unfathomable art and the lilt of Northumbrian pipes

Along the route the Romans took and that the Vikings followed

This black-hearted river does not forgive those who underestimate it

The river watches the unwary like a crocodile eyeing a wildebeest

Below the bridges it still heaves and spits, a boundary between two rival tribes

Eventually, it wanders aimlessly towards the dark waters of the North Sea

Sneaking out of the harbour mouth in search of new beginnings