Beach Boys “Wouldn’t it be nice”

A change of pace this week as we celebrate the life and times of Andy Lippincott inspired by the Beach Boys track “Wouldn’t it be nice”. 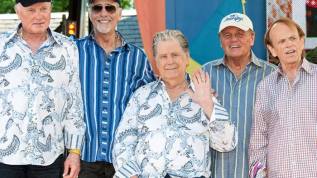 I am a great fan of Garry Trudeau’s Doonesbury cartoon strip. I followed it every day in the Guardian Newspaper, it was something I always looked forward to reading.

Of all the characters Gary Trudeau created the one that touched me the most was Andy Lippincott. This was 1990, a time when the spread of HIV AIDS was beginning its relentless march across the world and the press in the UK was full of homophobic rants and religious fundamentalists were calling it the gay plague. Trudeau’s voice was the voice of compassion and understanding and he helped humanise the victims of this terrible illness.

The strip below is the one I read that morning in 1990 and shows Andy’s last moment as he passes away listening to the Beach Boys track “Wouldn’t it be nice”.

Falling under the wheels

I cried when I opened the Guardian and read about the last moments of your life,

I had followed the last tragic weeks as AIDS overwhelmed you

Even though you fought back, the disease just got stronger

Still you faced it with a stoicism I couldn’t understand.

You quietly passed away listening to the Beach Boys “Wouldn’t it be Nice”.

Some I expected to lose, like my parents and aged aunties and uncles

Others, I thought too young to die, fell under the wheels of life

Biog Jeff Price Jeff is a poet and writer. He has performed at many  venues through out the UK and Europe including the Prague Fringe Festival and the Bristol Poetry Festival. He embarrassed himself with an appearance in ITV’s Airline programme reciting poetry to Easyjet passengers in Newcastle Airport. He was the founder and organiser of the Poetry Vandals. He organises poetry events including The Great Northern Slam at Northern Stage and is a regular performer at venues throughout the UK and in the South West of France.  Jeff has a Master's Degree in Poetry and Creative Writing from Newcastle University. His work has appeared in many anthologies, E-Zines and poetry websites. He has written for a number of magazines. Jeff’s poetry often hides a sharp political message behind its humour. His first full collection “Doors” was published in 2006 and  "Toe in The Tarn"  was published in 2012. He has released a CD/Book titled Live at La Sirene. “The wordplay of Roger McGough delivered with the voice of a Geordie Adrian Mitchell. Great entertainment – count me in, I’m a fan”. Mike Jones Quercy Unplugged “Great storytelling and a sharp eye for human foibles with powerful images... Highly recommended” Kate Fox, Poet in Residence on BBC Radio Four's "Saturday Live View all posts by Jeff Price

One thought on “Falling under the wheels”

This site uses Akismet to reduce spam. Learn how your comment data is processed.