Smokey Robinson & The Miracles. “Tears of a Clown”

Another fab track. The group that later became the Miracles was formed in 1955 by five teenage friends from Detroit Michigan under the name the Five Chimes. Three of the founding members, Smokey Robinson, Pete Moore and Ronald White had been singing together since they each were around the age of eleven.  It must be because they know each others voices so well that you get those amazing close harmonies.

The lyrics are great as well. The song was written by Smokey with the

music coming from Stevie Wonder. After “Tears of a Clown” became a number one hit for Tamla Motown they toured extensively but Smokey wanted the home life in Detroit and he retired from the band to take up a management role in Motown Records.

Listening to the track it made me think how much I cry these days. When you are getting older you expect that your body will start to slow down and things will not work as well. Whilst you expect your bones to creak and your internal organs to rebel against the years of mistreatment, I was not expecting that my mental health would also begin to suffer. I have always been a bit of a softie and I never went in for that macho posturing that some Northern men think is a sign of manliness but I never thought I would start to cry at adverts or weep listening to a song.

They stream down my face like a waterfall in flood

Brought to the surface by the most trivial of thoughts

I can ball during an advert for a building society

They can spring up at a story about a trapped chicken

Flow unbridled after a failed penalty in extra time

My nasal passages snivel and snot in sympathy

I watch “Call the Midwife” through a misty veil of tears

Never stand next to me at a wedding or a funeral

This is a song for the outsiders, for the teenagers who are not sporty or a teacher’s pet. Like many of my chosen songs it has a story arc. It is the video as much as the song that sparked the memory recounted here.

In my teenage years there was a religious divide in the West End of Newcastle based around Catholic versus Protestant. Today the tapestry of divisions and misunderstandings is far more complex. Fear of the  “other”, those different to ourselves, led many people to vote for Brexit. Demanding that the “other” be stopped, curbed or banished. 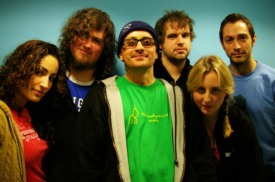 When I was growing up in the West-End of Newcastle in the fifties and early sixties I was part of a Catholic community that had its roots in Ireland. We had educational segregation and I was taught by nuns in my primary school and priests in the high school (not all teachers were priests and nuns but they dominated the management and culture of the school).

Our high schools were also divided so that girls went to one school and boys to another. This meant that we boys had little social interaction with girls and non Catholics. Non Catholics largely meant Protestant as at that time there were very few other alternative communities in Newcastle

Our main opportunity to meet girls was either at the church youth club which meant the steely eyes of the priests would be watching you and if necessary report back to your parents, or there were the two cinemas.

The Plaza and the Brighton Cinema sat on opposite sides of the West Road.  To avoid clashes between the Catholic and Protestant youth there was an unofficial peace line along the West Road and we went to the Plaza on the north side and they went to the Brighton on the south. In 1960 the Plaza closed and this led to a few problems but in 1963 the Brighton changed from a cinema into a bowling alley and that’s when things turned ugly. 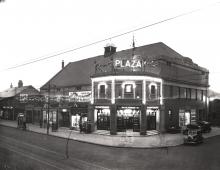 After a number of minor clashes including me getting beaten up in the toilets of the bowling alley, a big confrontation took place in a local park. Looking back it seemed like hundreds were involved but it was probably no more than thirty or forty.

I remember there was a lot of posturing and shouting but very few actual clashes but the fighting that did take place was vicious. Later, we got together with our rivals and worked out a deal where we could each use the Brighton Bowling Alley on different nights.

Today there is a lot of talk about gang culture. In the sixties you felt being part of a gang or being seen as part of a community afforded you some protection. The reality was being in a gang lead to more trouble not less and not just with rival gang members but also with the Police.

It did however, teach me a valuable life lesson. Violence only brings more violence and rarely solves anything. By negotiating we found a solution and if we had done it before I would have saved myself a swollen jaw and a few loose teeth.

This weeks poem is about one of my daughters when she was a teenager.

In the corner of the room the television demands attention

I ask them politely to turn down the volume

My daughter tells me they would miss a favourite TV program

I suggest that watching a television is impossible

When they are all talking at once

My daughter informs me that woman can do this

I know better than to quibble with her

You can not argue with an article of faith

It forms part of her feminist catechism

Passed down from Mother to Daughter

Since the nineteen eighties

I retreat to the bathroom and wallow in the warm water

Janis Joplin “Me and Bobby McGee”

To call Janis Joplin a legend is not an exaggeration. So many musicians and singers have named her as their role model. Sadly, her moment in the sun was only fleeting but she left a legacy that still echos today.
Janis was born in Port 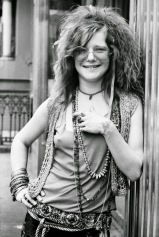 Arthur Texas in 1943. She first big break was in 1967 when she fronted Big Brother and the Holding Company at the Monterey Pop Festival and then as a solo artist in 1969 at the now legendary Woodstock Festival.
Her hits included this week’s track and “Piece of my Heart”, “Mercedes Benz” and Summertime”. She had a raw earthy blues voice and I picked “Me and Bobby McGee” written by Kris Kristofferson as a wonderful example of her work. Sadly, she died in October 1970 of a heroin overdose at the age of 27.
The song tells the story of two young people hitch hiking across America and contains this amazing line, “Freedom’s just another word for nothin’ left to lose”. It struck me the first time I heard it and I have thought about it a lot over the years.
I was never that freewheeling spirit, travelling where the mood took me. I left school at 16 and started work straight away. Since then, I have been tied to things like my family, my kids, work and the truth is, I like that. To be truly free as an individual can mean being without all the things that have been important to me.
There is a more positive and beneficial side to freedom and that is our collective freedoms. In our country we do have many political freedoms such as the right to vote, the right to the protection of the law and to live in peace without the fear of violence and discrimination. Sadly, today I feel that these rights are under threat and we need to stand together to protect them.

The story of Edith Piaf’s life is a remarkable one. Her life amongst the poor of Paris, her rise to fame and the way men ruthlessly exploited her. The film “La Vie en Rose” which tells her life story is well worth a watch. You can watch the trailer for the movie by clicking here.

or the things you did and regretted later.  To say that you regret nothing is to say that you have learnt nothing from life and that would be the biggest mistake of all.

This week’s poem is a look at the things I regret from the past seventy years. Feel free to add your own regrets to the comment section of the blog.

Missing the Beatles first gig in Newcastle in 1963

Getting married to the first Mrs Price in 1967

Going to see Van Morrison at the City Hall in 1983

Not continuing to learn French after I left school

Starting smoking, giving up was easy, I did it hundreds of times

Not going to University until I was 52, I realised what I had missed

Playing card games on the computer when I should be writing